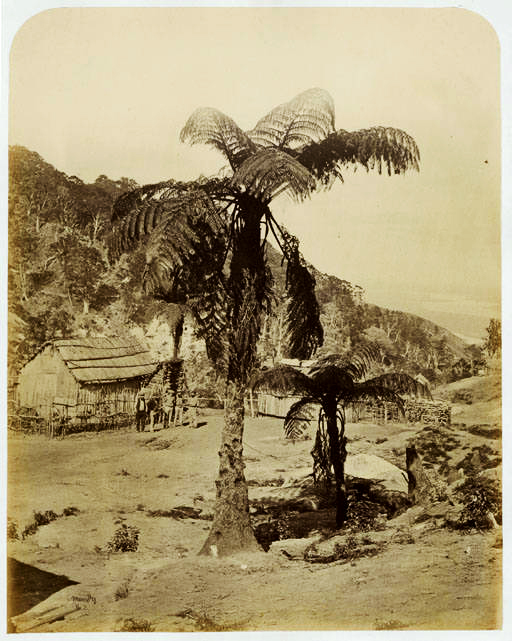 The fire was burning and there was a billy on it when Catherine Hill popped her head in to see William Cruickshank.
It was a Sunday evening in July 1901 and Catherine was going up the Shellback Creek, in the direction of Punga Flat near Tararu. She supposed William, a 57 year old miner, had gone out to collect firewood so she waited at his open door for half an hour but he never appeared.
Puzzled, Catherine started searching the hut.
She thought perhaps he was in the bedroom lying down but finding he was not there she went into the kitchen. To her shock she discovered William lying on the floor. She touched his hand and called out to him, but got no answer. Catherine hurried out and over the Eureka Hill, calling for Thomas Ross, who lived nearby. She told Thomas that she thought William was dead and Thomas went for the police. Constable’s Steevens and Lipscombe found William lying on his back on the floor with his head under the table. He felt quite warm.
Thinking he may still be alive Steevens unbuttoned his shirt and placed his hand on his heart, but William was dead. It appeared as though he had been sitting at the table when he was stricken.
Constable Steevens searched the body but found no property. In William’s bedroom, he found the sum of £3 16s 6d. The only items of any value in the hut were cooking utensils and bedding. He could find no will. He locked up the place securely before leaving.
William was placed on a stretcher but it was wiith some difficulty the body was removed from the hut to the road. The weather was bad and Thomas Ross and Mr Dunn helped the police by taking turns to carry the body. Finally it was transferred to a spring cart and taken to the public morgue at Thames, arriving shortly before 11pm.
At the inquest Catherine Hill said she had known William for 17 years. She had never heard him complain. She now thought he had been no more than five minutes dead when she first called at the house.
William was last seen alive the afternoon before, by Thomas Ross who was walking up the hill. William was standing at the door of his hut, smoking his pipe. Thomas asked him if he had seen the horses, and William replied: “Yes I saw them at the ‘John o’ Groat’.” – a mining claim.
Dr Callan’s post mortem examination showed William’s body was a good deal wasted. Both heart and lungs were diseased, particularly the right lung – quite sufficient to account for death, but the immediate cause was a sudden failure of the heart’s action owing to the diseased condition of the valves.
William, who put the billy on and then sat down and died, was from Aberdeen, Scotland. He was single and had lived 39 years in New Zealand. He had no relations in the colony.
William is buried at Tararu.