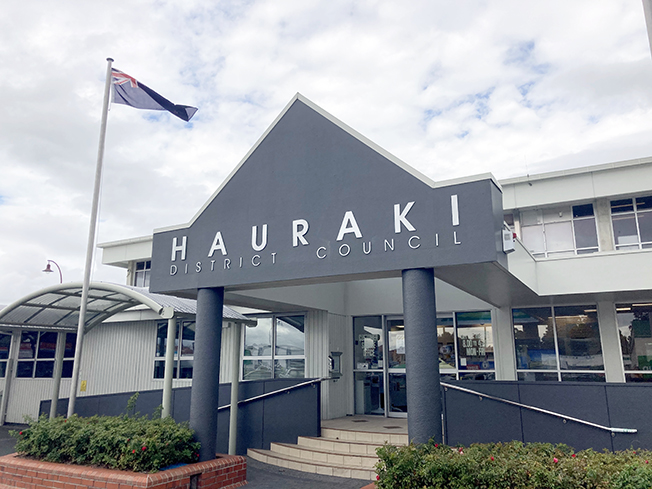 A Hauraki district candidate allegedly did not report their electoral expenses. (FILE PHOTO)

A 2019 local government candidate for Hauraki District Council did not report their electoral expenses or donations – now the matter is with the police.
But Josie Anderson says she was unaware the files had not been returned, and that neither the electoral commission, the district council, or the police had informed her of the situation.
Josie Anderson ran for both councillor and mayoral positions at the 2019 local body elections but was unsuccessful, obtaining 1653 votes for mayor, and 883 votes for the Paeroa ward.
It is a legal requirement under the Local Electoral Act for all candidates to file a return of electoral donations and expenses within 55 days after election day. Failure to do so could see the candidate hit with a maximum $1000 fine.
The issue was raised at council’s September 29 meeting, when Deputy Mayor Paul Milner asked council’s deputy electoral officer John McIver for an update on the candidate’s expenses. Mr McIver told councillors and staff the candidate was first given the opportunity to comply before February, the year following the election, before the matter was referred to the police.
Police confirmed it was making initial inquiries into a report received from the electoral commission, but Josie Anderson said she was “utterly surprised” when contacted by The Profile last week.
“I have not been contacted about any complaint from the electoral commission, Hauraki District Council, or the police, and am very surprised that I wasn’t contacted directly, even out of courtesy,” she said.
“It comes at a time when, I would have thought, there are far more challenging issues affecting people across the whole country.”
However, council confirmed the candidate was contacted at least four times – three by email and once by phone.
Josie said since hearing of the complaint last week, her then-campaign manager had attempted to contact the electoral commission to follow-up on their concerns.
At the time of print, they had not yet returned her calls, she said.
At the meeting, Mr McIver told councillors and staff the candidate was still eligible to be a candidate at the next election.
Mr Milner told The Profile the ability to run for re-election seemed like a “strange loophole”.
However, the main issue was about transparency.
“I think it’s important that voters can see, albeit after the fact, who has funded someone’s campaign. Generally, for smaller areas, it’s majority self-funded, but there could be candidates who get funded from large private donors or businesses.”
Mr Milner said it was the first instance of failing to report expenses within council that he was aware of, though “a bit of chasing up” had been required from time to time.
In July, a similar case ended up in the Queenstown District Court after businessman Basil Walter Walker was charged with failing to file a return of election expenses and donations with the Electoral Commission between October 2020 and February 2021. Last month, Mr Walker was convicted and fined $500 for failing to file the returns.
The Hauraki District Council 2019 elections had a mayoral expenditure limit of $14,000, and a councillor expenditure limit of $7000. If running for both, Mr Milner said the highest figure was deemed the limit. He said it was important for any candidate to know what was required of them.
“For me, I’d just like to see that any candidate would provide that information, especially if they were considering standing again, because it shows a person’s good character if they were prepared to tidy things up.” By KELLEY TANTAU