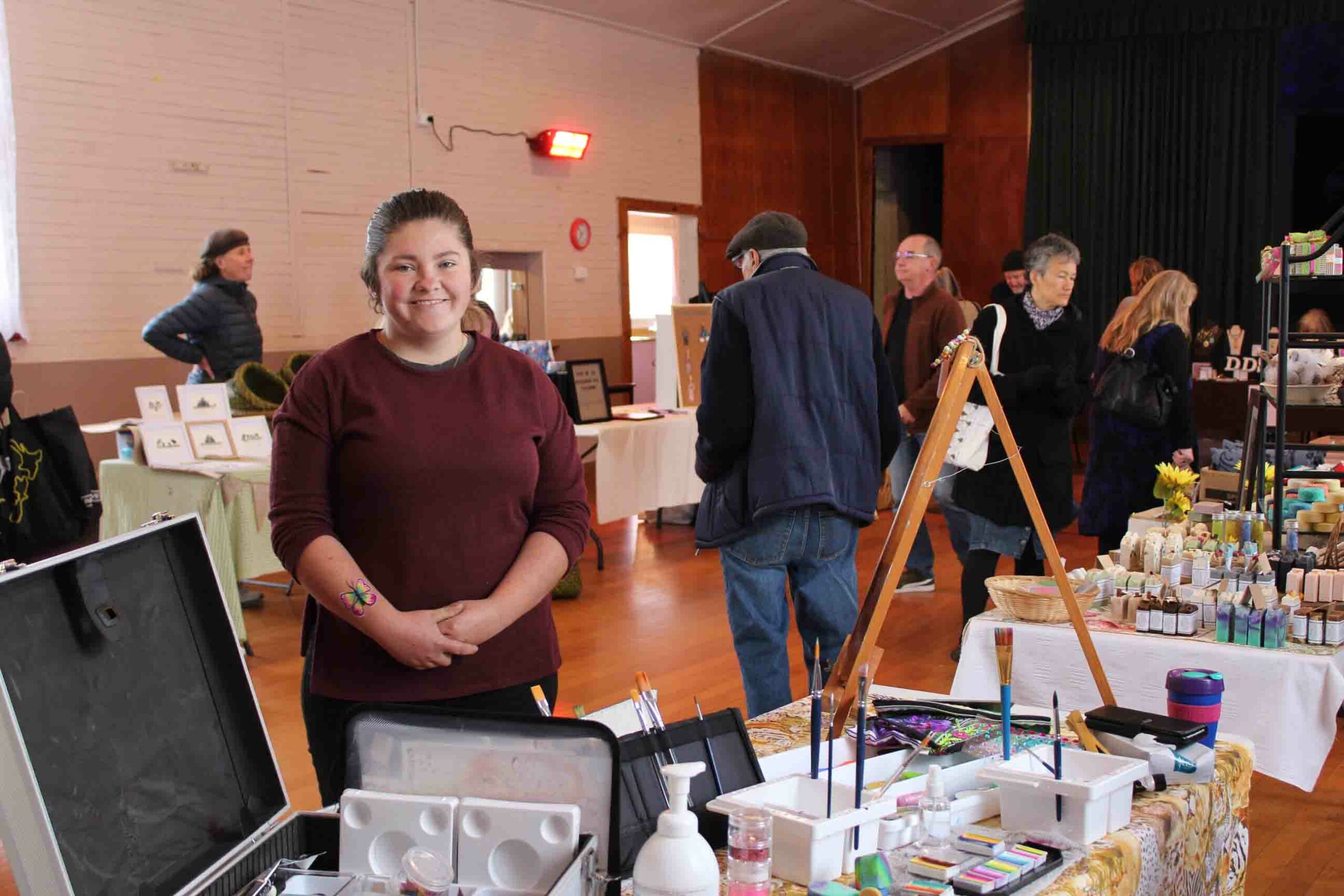 Puriri local Tori Wilkie is one of the founders of the Puriri Valley Market Day. Photo: TERESA RAMSEY

A rural hall is coming to life with a new Saturday market drawing in the crowds once a month.
The Puriri Valley Market Day, founded by Puriri local Tori Wilkie and her friend Rebekah Smith, is held on the first Saturday of the month from 8am.
Tori told The Profile the reason they established the market was to raise funds for the community-owned Puriri Hall.
“All the money from the stalls goes into helping the hall in some way, like getting paint or something like that to keep it going,” she said.
“The first lot is going towards the paint and the second is to get a new oven in there.”
Tori was raised in Puriri and has lived there most of her life.
“We set it up just to get something going in Puriri because it’s such a quiet little village and not many people really pay it any attention… and we’re trying to get the hall used more.
“I was just wanting to help out the locals a little bit.”
Despite some vandalism of their signage the night before the first market last month, a good crowd of people came through the doors to see what around a dozen stalls had on offer.
“We had quite a good flow of people all day, it was good.”
The pair were “shocked” with the positive response they received after the first market, Tori said.
“As soon as we put the posts up to say that the second market was there, we had 101 messages straight away from people interested in coming along to support it, and a message from one lady who wanted to do face-painting for the kids. It was quite cool really.” The second market held on August 7 saw 14 stall holders, with a wide variety of goods on offer, from hand-crafted soaps to women’s and kids’ clothing, toys, indoor plants, woven baskets, seeds and healing balms.
“We’ve got a good mix of just about everything really.”
Neither had any previous experience with organising a market, she said. “Between the two of us we came together and we’ve improved lots of things, like new signage… and advertising.”
The Puriri community has rallied behind the new market.
“Everyone’s volunteering to help, I’ve had a couple of people wanting to help put out signs and help set up,” Tori said.
“Everyone in the community’s been really supportive of the whole thing, which has been awesome.”
DETAILS: Puriri Market, first Saturday of the month, 8am until 12:30pm. Stalls are $5, book: Puriri Valley Market Day Facebook page or Ph 0274 903 714.
The Puriri Hall is also available for hire: Ph 027 868 1039.

‘Blown away’ by community support

‘Birds are where it’s at’ for roaming couple