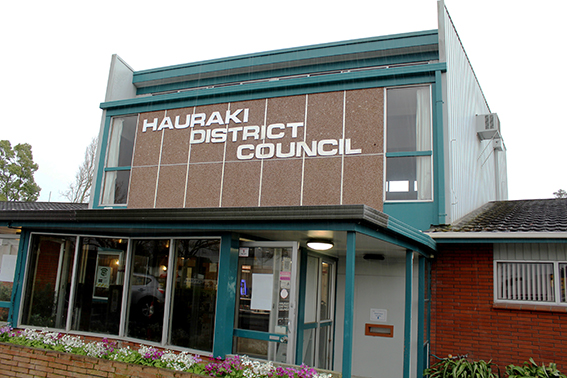 The old Ngatea library building, above, could be knocked down to make way for a new, purpose-built one. Photo: KELLEY TANTAU

Ngatea locals are optimistic about a new library and service centre in the town, following discussions that have stretched out for three years.
But they don’t want to be let down. At a recent meeting, Hauraki District Council opted to replace the current library building on Orchard West Road with a new, $2.5 million purpose-built one.
The other option under consideration was to upgrade the building to try to bring it up to modern standards, but staff expected that to cost $1m more.
The decision comes after a strong reaction from the community, starting back in 2018, who were adamant the library should stay in its current location near Hugh Hayward Domain, rather than be shifted elsewhere.
Valda Laurich was a member of the library committee that circulated the 2018 petition which gained more than 1200 signatures, asking for the library to stay at its current site.
Following its success, the library group disbanded.
Valda told The Profile she didn’t have a problem with a new, modern library being constructed at the site, so long as the facilities suggested by the community during the consultation period would be included.
The feedback from this period was captured in a community book in 2019, and included suggestions such as natural lighting, extended opening hours, learning hubs, meeting spaces, and outdoor areas.
On the streets of Ngatea on Friday, some locals told The Profile the proposed designs were “fantastic” – so long as the location was a sure-thing.
Others wanted the new library to be made bigger.
Council has paid for some initial concept designs, and they showed the proposed new building would sit around 380sq/m – almost half the size of the existing building (718sq/m).
“I like the look of the old building done up, preferable to [the new], but for me personally, if they really have to go with the new building it has to be bigger,” one commenter said.
“It’s like me building a tiny home because I just got married, even though I’m two months pregnant and I’m going to have a baby.
“We are a community that is going to grow, so let’s not just build for now, let’s think like our forebears and go bigger.”
There were also concerns about the reliability of the build, after Ngatea’s prolonged main street upgrade impacted its businesses greatly.
“They couldn’t get our footpaths right, so what confidence do we have that they can get the costings, the quality, and the workmanship right for a new library?” By KELLEY TANTAU

Level 4 lockdown may be extended for Coromandel