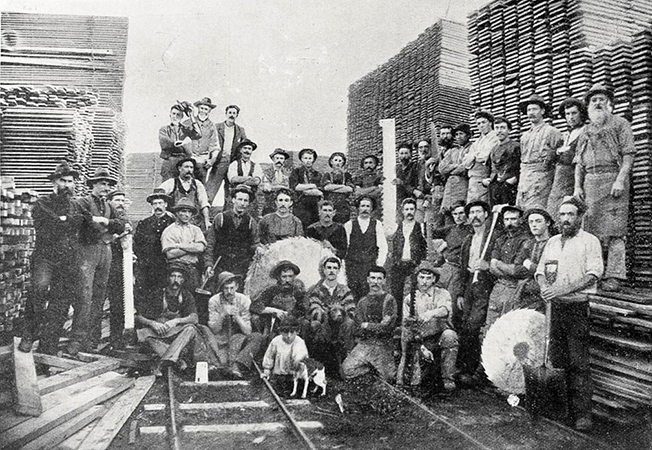 Turpentine sprinkled on hot flannels did not ease Atheline Arnold’s abdominal pain. Her mother-in-law had carefully followed the doctor’s advice but there was no relief from the discomfort which had plagued her for the past five days.
Atheline, 29, was the wife of John Arnold, a mill hand at Gibbon’s Mill, Kōpū. The Arnold’s lived near the mill with their three small children. Although unwell all that week in August, 1897, Atheline had been able to do her housework, but around 3.30pm, she took to her bed. John sent their eight-year-old daughter for his mother who came at once.
Atheline was very ill, lying on the bed and in great pain. Mrs Arnold put a hot brick at her feet and began applying hot poultices to the stomach. Atheline felt a little better on Friday evening and seemed to stay that way until midnight when she became worse. About 6.30am on Saturday, on his way to work, John stopped at the telephone office and made arrangements for a wire to be sent to Dr Callan as soon as they opened. But around 9am Atheline, feeling better, sent their daughter to cancel the wire. Mrs Arnold and a neighbour, Mrs Foster, continued with the care of Atheline keeping up with hot salt poultices until Saturday afternoon when hot bran was tried. At 5pm, Atheline grew worse and it became clear that she was seriously ill.
A telephone message was sent to Dr Callan, who replied he could not come, though he promised to see Atheline first thing on Sunday morning.
He advised the application of hot flannels sprinkled with turpentine. Dr Bond was also called but he could not come either. In the early hours of Sunday morning, Atheline deteriorated and at 5am her desperate brother rode into Thames to get Dr Callan. The doctor’s son said his father would be out first thing but it was too late for Atheline who died at 6am. Dr Bond found that death was due to inflammation of the bowels, which Atheline had suffered for about five days, three of them acutely. He said even if he had been able to attend Atheline on Saturday evening he could not have done much good, the disease having reached a critical stage.
The inquest jury disagreed, saying Drs Callan and Bond were greatly to blame for not coming out to Kōpū when sent for and Atheline might have been saved if either of the doctors had acted promptly. The Coroner acidly commented the jury seemed to know more about the science of surgery and medicine than the medical men. The Thames Advertiser, in an editorial headed ‘The Doctor’s censured’, concluded the “two respected medical gentlemen” were not to blame.
Atheline was returned to her mother’s home in Onehunga. John Arnold, who had helplessly witnessed his wife’s struggles, poignantly wrote in his wife’s death notice that she was now “free from all trouble.”