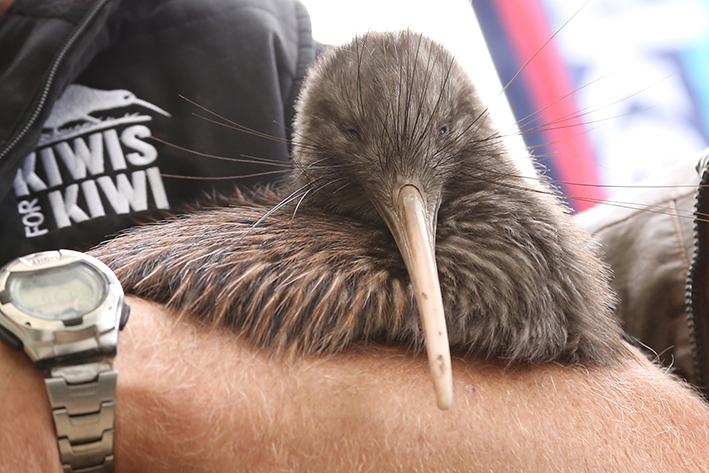 According to Thames Coast Kiwi Care, mustelids and dogs are the biggest risk for kiwi. Photo: SUPPLIED/ RACHEL HOLMES

More than 1500 rats and 180 stoats have been trapped and removed from Te Mata over the past year, strengthening the area’s diversity and providing a safer home for kiwi.
Thames Coast Kiwi Care (TCKC) predator catch numbers from between May 2020-May 2021 also showed the removal of 40 hedgehogs, 25 weasels, 10 feral cats, and eight ferrets.
These numbers add to thousands of other predators caught in the 5,000ha area since TCKC was established 15 years ago.
“Mustelids and dogs are the biggest risk for kiwi, but a further 10,000 rats and feral cats, possums, and hedgehogs have also been removed, which contributes to forest health and biodiversity,” Thames Coast Kiwi Care co-ordinator Sheena Beaton said.
“Anyone who has watched the sobering four-part series Fight for the Wild will understand just how staggering predator numbers are in New Zealand and how many of our native species are at risk of extinction if we don’t achieve the ambitious but critical predator free 2050 goal.”
Sheena said more than 50 Thames area locals were “doing their bit to fight for our birds”, voluntarily clearing and baiting trap lines every month, and every fortnight over summer.
“Some of these dedicated volunteers have been trapping since 2006 when TCKC was formed to protect a tiny population of kiwi in Te Mata, along the Thames Coast, from dying out.
“There are families, professionals, students and retirees checking different trap lines, ranging from an hour’s stroll, up to a 6-8 hour hard slog in the backcountry bush.”
In May, seven brown kiwi were released to their home in the wild at Te Mata, after living on the predator-free Rotoroa Island in the Hauraki Gulf until they were big and strong enough to return.
The initiative was part of the Kiwis for Kiwi Operation Nest Egg programme, launched in 2014.
According to Sheena, recent surveys showed Te Mata kiwi numbers had increased annually by 15.7 per cent to an estimated 250-plus birds, which showed how successful the project was.
“Sadly 95 per cent of kiwi do not survive to breeding age without predator control, so it is crucial that this important work continues.”
DETAILS: Donate any amount online at thamescoastkiwicare.org or by emailing coordinator@thamescoastkiwicare.org.