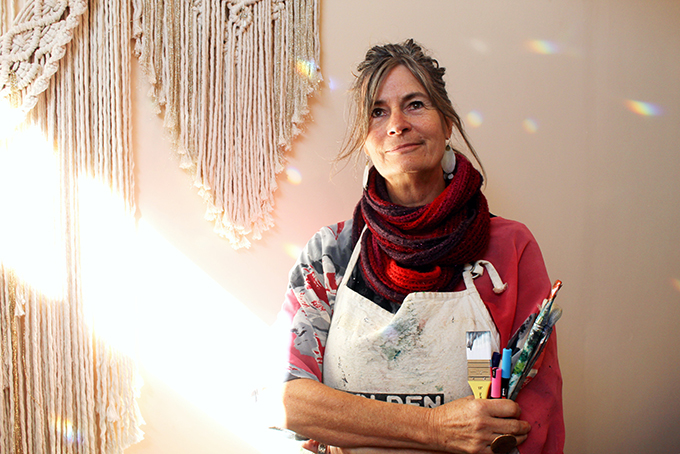 The woman behind the new aptly named ‘The Creativity Sessions’ in the centre of Thames wants people to reinvigorate their artistic instinct.
Deb Brock has run creativity workshops for two decades, and said everybody had the ability to be expressive.
“If you think you’re not creative, that’s not true. Every human is creative and it comes out in different ways,” she said.
“Art is a very personal thing, and it’s unique to every individual.”
Deb, who runs workshops at Artsider, one of the vocational spaces of the Supported Life Style Hauraki Trust, said there was a huge gap in the Thames community in terms of creativity sessions for the general public.
So, The Creativity Sessions was born, and now provided a space where people could “generally just chill and be creative for a couple of hours”, she said.
The first few sessions have been located in the back room of Nectar, but from Thursday, June 17, Deb will run the sessions from one of the upstairs rooms at the old Post Office in the centre of Pollen St.
The two-hour sessions could be based around art forms such as painting, drawing, sewing, knitting, printmaking, sculpture, and stitching.
There was at this stage one morning and one afternoon session every Thursday, with the possibility of an evening session being established if the interest was there, Deb said.
“The way I’m viewing the sessions is that the people who come to them would almost treat it like how they go to yoga once a week. The Creativity Sessions are the same really; it could be the one thing they do that week that is about them.”
Deb said there was some structure around the sessions, but it was not an “art class”; however, high quality materials were provided for use on the day.
“I often use the analogy of making a cake: if I gave you really awful flour and sugar and rancid butter and said ‘make a nice cake’, could you make a nice cake?
“It’s the same with materials,” she said. “With art and creativity, you need good materials to produce something that you like.”
DETAILS: The Creativity Sessions run on Thursdays, from 10am-12pm, and 1pm-3pm, and hold a maximum of eight people. It costs $25 per session which includes teas, coffees, materials and tutoring. By KELLEY TANTAU