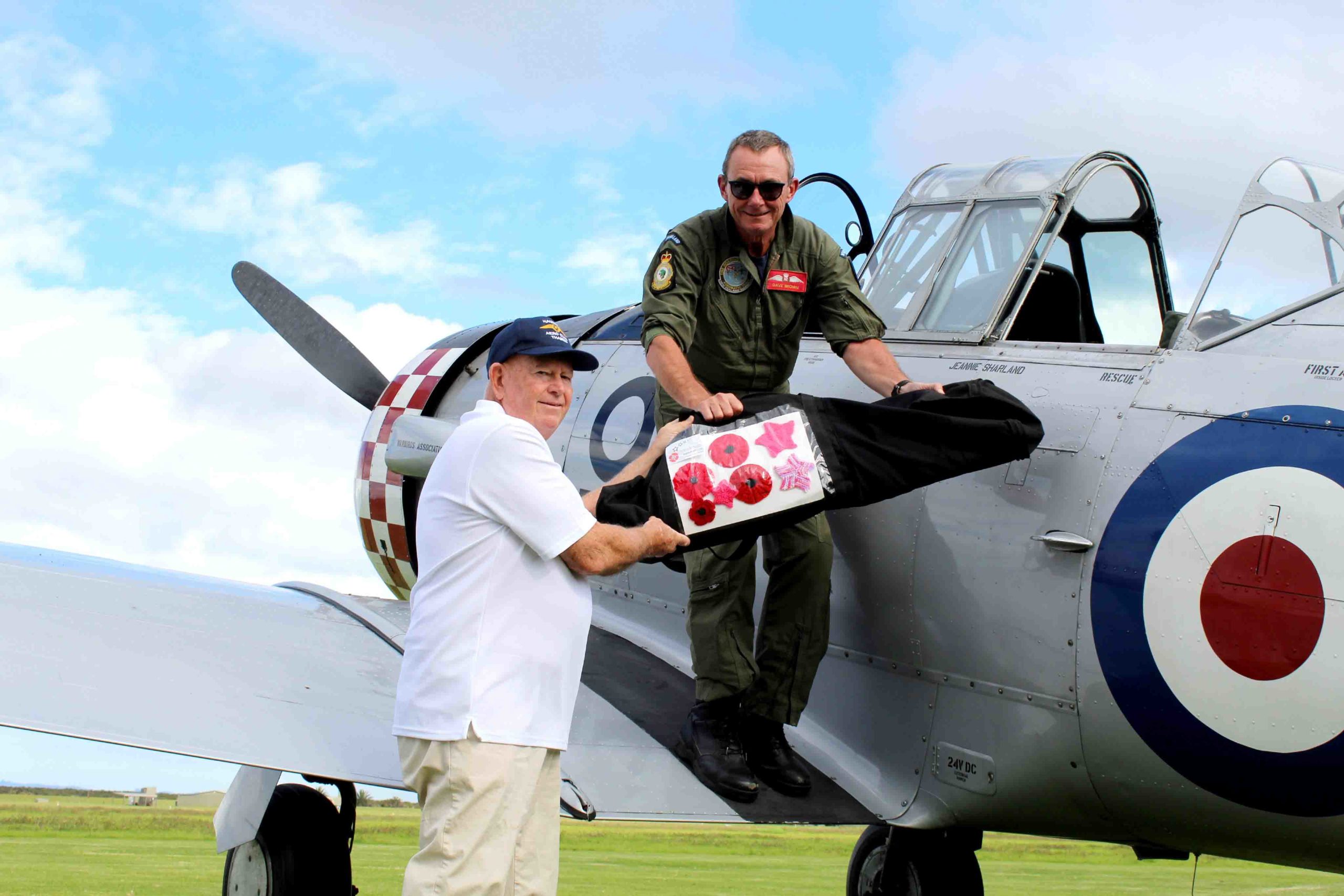 New Zealand’s inaugural Poppy Flight, which will see artworks travel around the country in a small-plane relay, had its first stop in Thames on Friday.
Organised by Melanie and Kevin Salisbury of Aviation Tours NZ, the Poppy Flight is a major fundraiser for the RSA, the Starship Foundation and NZ Warbirds, and aims to foster remembrance and hope. The relay will come to an end when the last pilot returns the works to Auckland on April 22.
Melanie Salisbury told The Profile the flight was originally set for 2020, but was forced to cancel due to the Covid-19 pandemic. Now, 34 volunteer pilots will carry a knitted poppy and star on their flight, with the town of arrival hosting a welcome party where local communities and schools can get involved with fundraising. There will be the opportunity to add poppies and stars to the original small pieces of artwork so they grow on their way around the country.
The finished Poppy and Star will be presented, along with the donations, on Anzac Day, Melanie said.
On the first leg of the flight was pilot and NZ Warbirds chief flying instructor Dave Brown, who flew a two-seater Harvard aircraft from Ardmore, Auckland, to the Sir Keith Park Memorial Airfield in Thames.
There, he was welcomed by Hauraki Aero Club vice-president Geoff Furkert, who collected the bag containing the knitted poppy and star, and took it down to Thames Museum.
There, locals added their own artworks, and the bag was returned to the airfield, ready for its next stop in Whitianga.
DONATE: at Thames Museum until April 22, more info: www.poppyflight.co.nz.