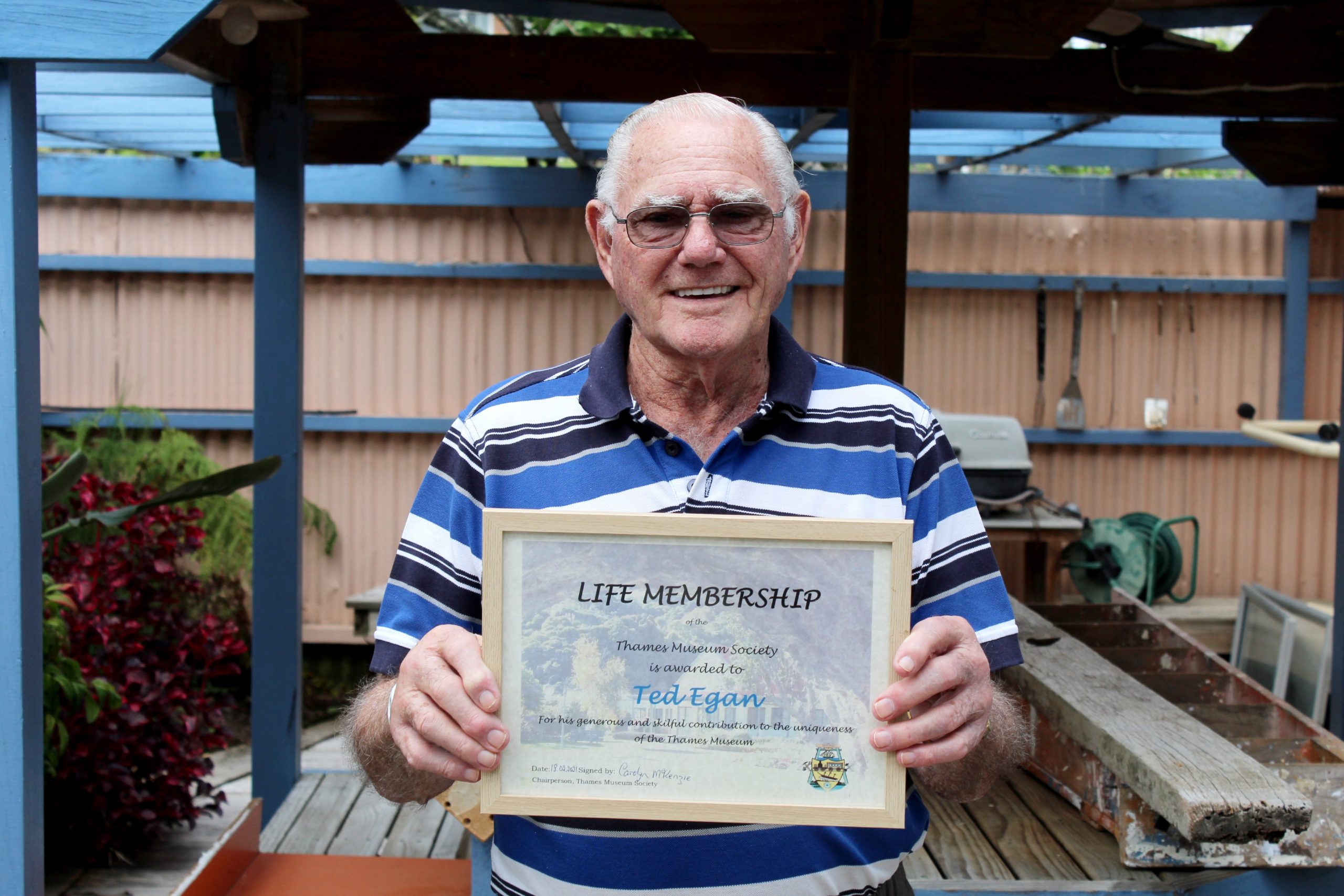 The man keeping Thames’ heritage alive one model at a time has been awarded a life membership from the museum which housed a gallery in his name.
And like the buildings he rebuilt, so too was Ted Egan part of the Thames landscape.
Mr Egan was awarded the honour from the Thames Museum on February 18.
At the same time, he donated all of his creations, some 50 of them, to the museum, in what he described was “the perfect time” to hang up his tool belt.
Mr Egan, born and bred in Thames, was a builder by trade and a motor mechanic.
His children still call him MacGyver.
“When I was young, I used to make things out of tea boxes, cut out different things, and make baskets and sell them to the ladies,” he said.
“I started making clocks, and then I thought to myself: ‘Well, if I’m going to do a clock, I might as well do a whole building’”.
That thought soon took hold, and Mr Egan began constructing models of iconic Thames buildings, most of which had disappeared from the townscape.
“I looked at the history of Thames, and saw just how many of the old buildings had been pulled down. So, I went and got a photo of them,” he said.
Using those images as references, Mr Egan built bridges, businesses, homesteads, hotels and lighthouses with recycled kauri. His particular favourite was his model of The Bank of New Zealand building, which was demolished in the late 1920s. Mr Egan obtained information about the building’s heritage from the BNZ Museum in Wellington.
“I saw most of those buildings that were once there, and I enjoyed the history of them,” he said.
Mr Egan grew up in Thames, and witnessed floods and earthquakes which threatened the buildings he would one day rebuild. He spent time gold mining or fishing with his dad on the Thames Coast.
“The clothesline in those days was the telephone. If so-and-so didn’t have their clothes out on a Monday, the neighbour would go and make sure they were alright,” he recalled. “And if I didn’t tip my cap on a Friday night walking down the street, they’d tell mum.”
Mr Egan said he was “very proud” to receive the life membership from the museum.
He no longer makes the models, which took between four-six weeks to complete, he said, but it was hundreds of hours well spent.