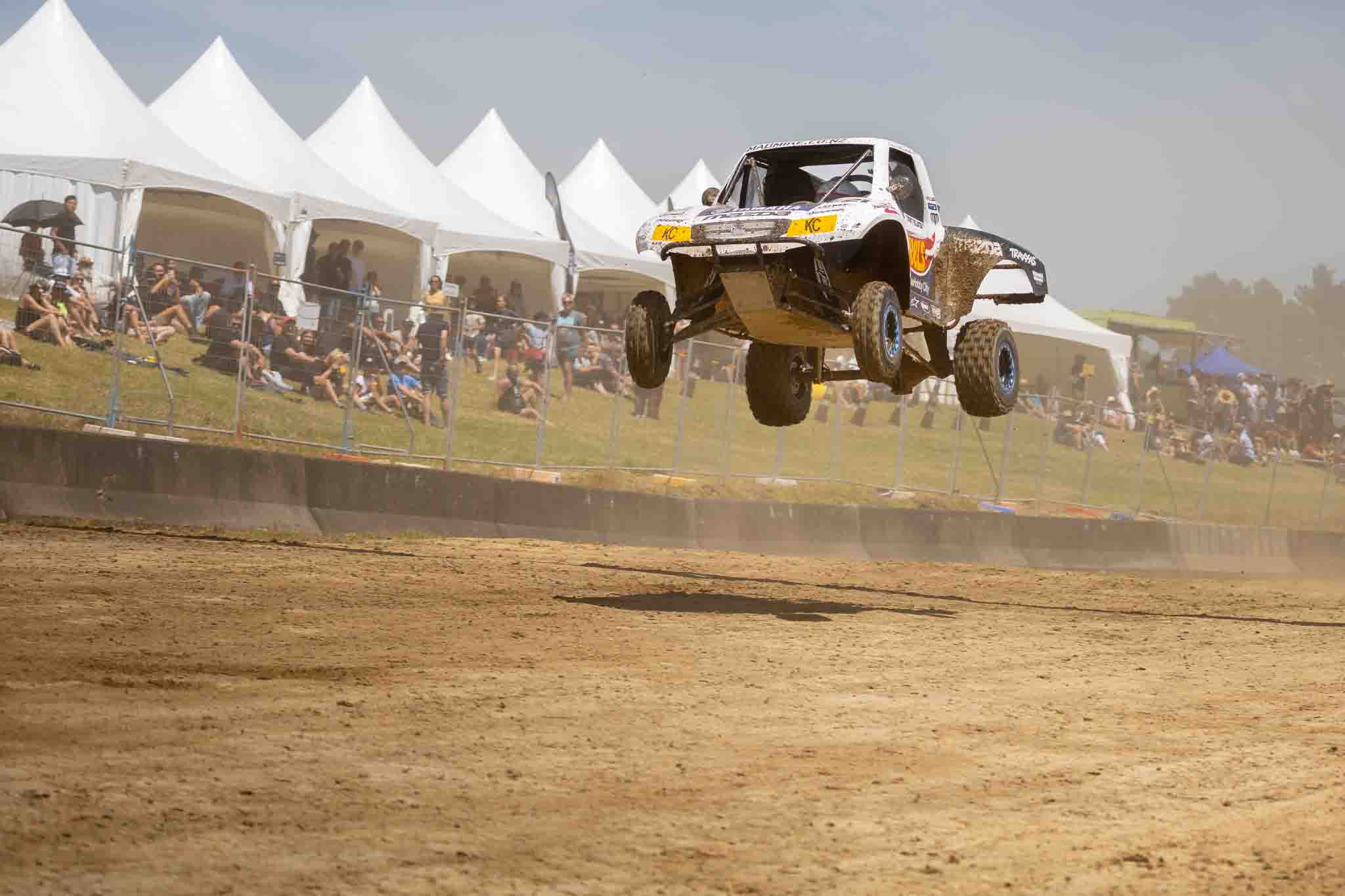 The son of Kiwi drifting legend ‘Mad Mike’ is paving his own way in the world of motorsport, recently winning a national off-road championship against a field of pros.
At the inaugural New Zealand Stadium Offroad Championship on February 13, Lincoln Whiddett was awarded a special dispensation which allowed him to compete in the Super450 class, racing against men.
At 13, he was the youngest competitor, and now leads his class in the championship standings.
“I’m just grateful for having everything that I have, and I wanted to thank the club for letting me race with the adults, because usually that would not be allowed,” he told The Profile.
Lincoln’s car had around a 450cc engine, while others on the track were about 1000cc, he said.
“Their cars are a lot more powerful, but it’s all about power-to-weight ratio, so my car being lighter meant I was able to keep up with them.”
Starting at the back of the grid, Lincoln raced against a title-holding driver and passed a number of 1000cc cars to clinch the win.
He’s set to race again on Saturday.
“I’ve been racing since I was seven, so I guess all the skill just built up from there,” he said.
“It definitely helps with my drifting career as well.”
Lincoln’s dad, Michael Whiddett, also known as ‘Mad Mike’, was himself a professional drifter with a background in motocross.
He bought a young Lincoln a remote-controlled Cadillac Escalade to drive around in, as well as his first motorbike at age two.
Now, his son was out making a name for himself.
“When I went testing [before the championship] I could drive around with him, and he was actually struggling to keep up with me,” Lincoln said.
“It’s amazing being able to have all these different experiences, and dad never pushed me into anything I didn’t want to do, he just let me do what I wanted and that’s led me to these great opportunities.”
Lincoln said when his dad raced motocross as a teenager, he’d still podium despite having had an older bike compared to everyone else.
“It proves that if you’ve got the motivation to do something, you can do it,” he said.
In his first year at Hauraki Plains College, Lincoln was also involved in his school’s motocross team, and will be racing at a secondary school motocross competition at Patetonga on March 12.