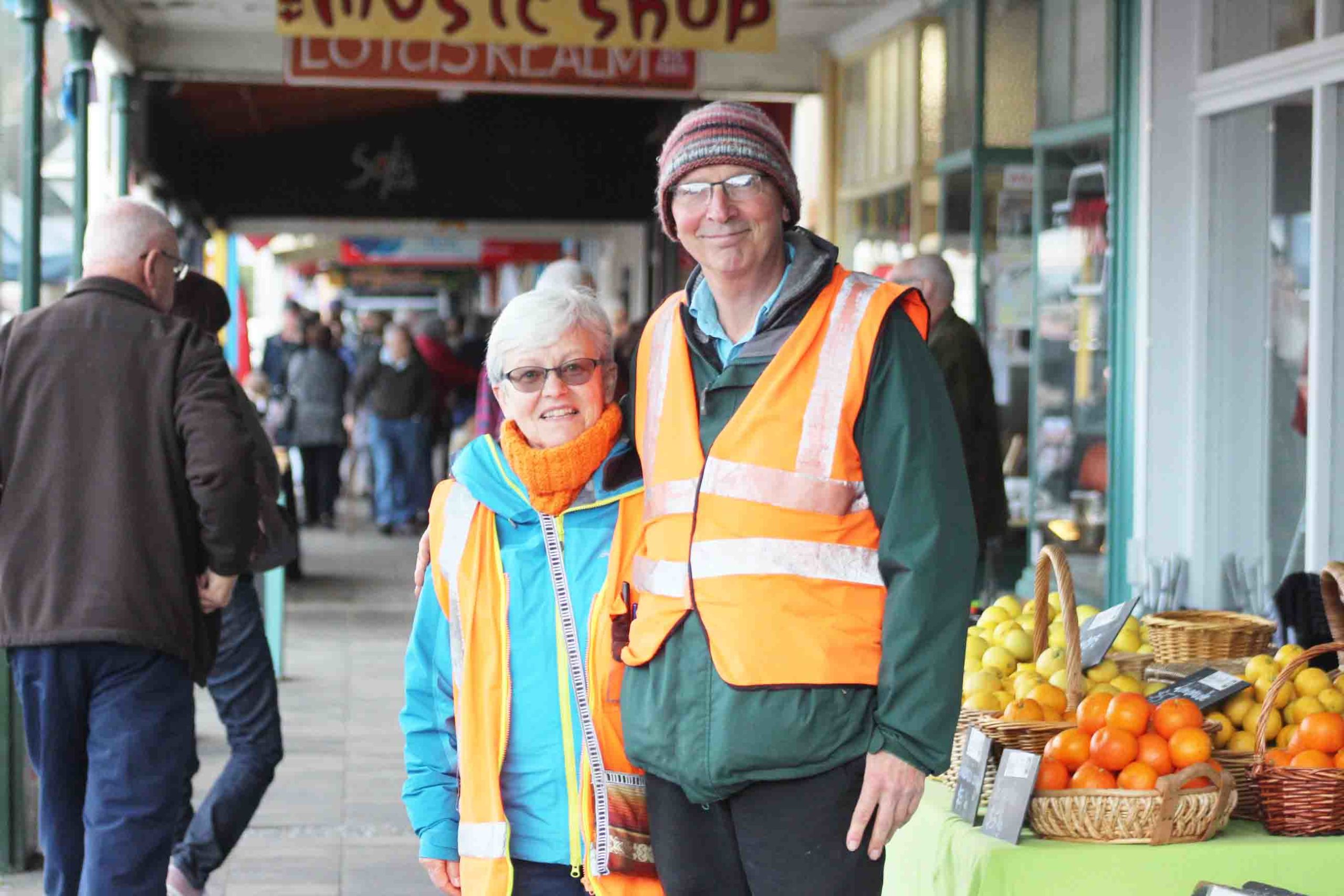 A host of festivities and entertainment is planned for Thames Markets on October 24 to celebrate 25 years in Grahamstown.

Angelika and Peter Poeschl, who had a stall since the first Saturday morning market and managed it for the past 11 years, said a range of festivities were planned to mark the milestone, including buskers, a balloon artist, a juggler and a slide show.

The market was founded by Dianne and Peter McKinnon in 1995, when farmers’ markets weren’t common in New Zealand, Mr Poeschl said.

“It was really hard work, she really had to do the hard yards,” he said.

“There was quite a lot of lack of understanding what it was about really and a lot of people thought it would never go ahead.”

Retailers were also concerned the market would take their customers, though in reality it drew more people into the town.

Mrs Poeschl credits the market’s success to the quality of goods sold each Saturday by stallholders who make or grow their own produce and goods.

“It’s not a traders market, and that makes a big difference,” she said.

“It is really about that, customers actually get that – if they talk to the stallholders they know exactly what they’re selling, they know everything about it and that’s the personal input, they’re really passionate about what they do and what they sell.”

It also provided a place for people to catch up, Mr Poeschl said.

“It’s really such an important piece of what’s called the social infrastructure of this town. People come here not only to buy, which they hopefully do too, but to meet their friends, to talk,” he said.

“When we had to shut down the market because of Covid-19 in lockdown, it was the thing that came back again and again … because they missed it so much, they really missed it.

“We are pretty sure in 25 year’s time, there will still be a Thames Market because it has its own dynamics.”

PHOTO: Thames Market managers Angelika and Peter Poeschl had a stall in the first Saturday morning market 25 years ago.