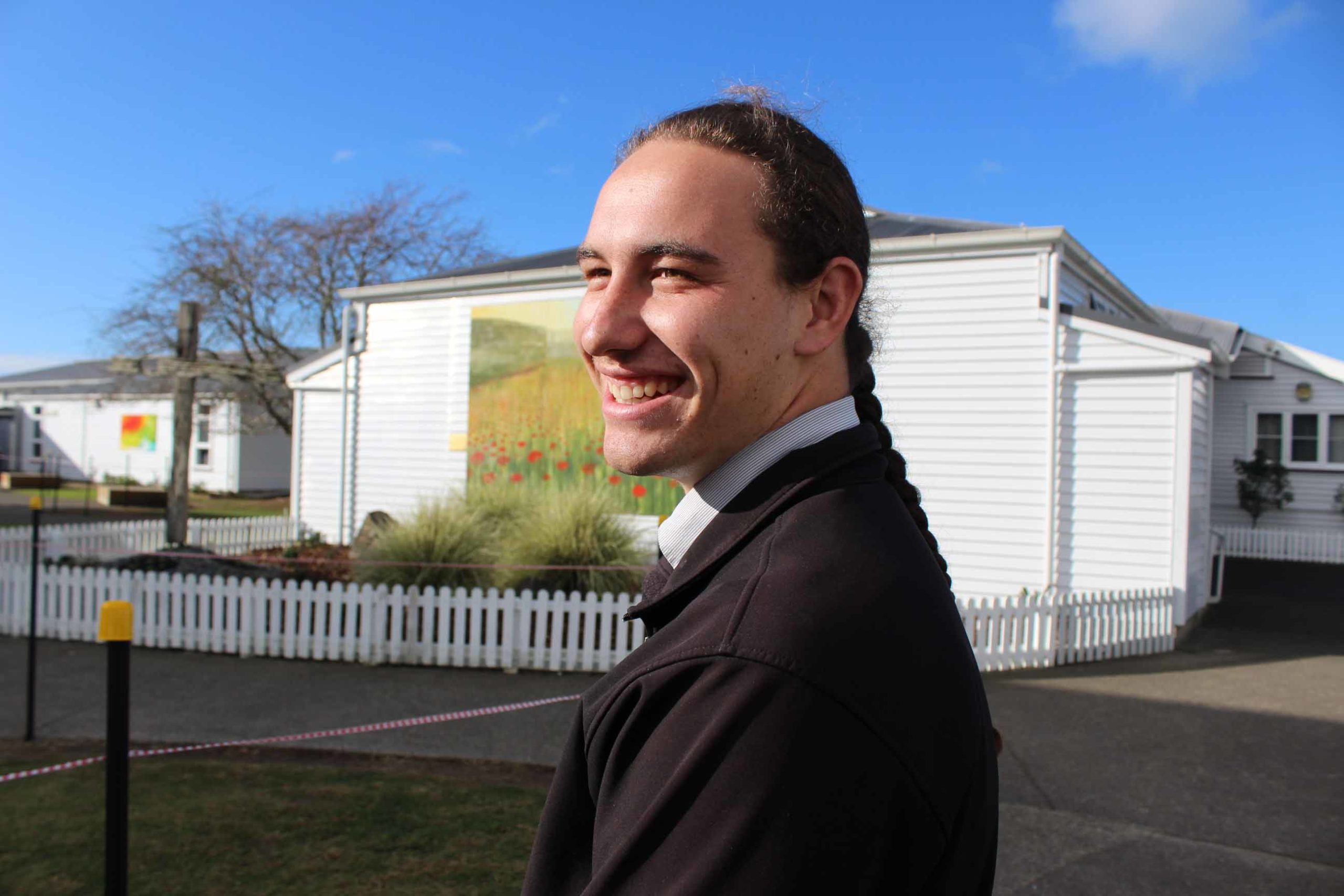 Anthony Makiha has never had a haircut.

“Mum and Dad just sorta didn’t want me to and then I just went off that, so I just never cut it,” the 17-year-old said.

He usually plaits his hair in a braid that now reaches two thirds down his back.

But not for much longer.

On July 3, the year 13 Hauraki Plains College student will get his hair cut for the first time in his life to raise funds for charity.

“I’ve been wanting to cut it lately and this one day I was joking around with Mum in the car just saying ‘I’m cutting it’ and the next day Mum just said to me, what do you want to do with your hair.”

He decided to raise funds for the NZ Breast Cancer Foundation and the Blind Foundation.

Anthony’s plait will be cut off by his mum at the college then styled by a barber.

He hasn’t decided what kind of haircut he will have.

“I’ll message the barber a couple of days prior and might do a bit of planning but he said we’ll sort it out once I get there.”

He’s looking forward to having a more low-maintenance hairstyle.

“It’ll feel a lot different and it’ll just be better waking up in the morning with nothing to do because it takes a while for me to do in the morning and it’s really messy and uncomfortable, that’s why I plait it,” he said.

However, the plait has also been problematic at times for the keen sportsman.

“Sometimes it even whips around and hits me in the eye in rugby, I’ve experienced that multiple times.”

Anthony plays for the college First XV team and made the New Zealand under 16 touch team for the past two years. He plans to study sport and exercise science when he finishes secondary school.

“I knew there would be quite a lot of people that would support it but a couple of people have contributed a lot, like $200, which is pretty surprising.”

He’s “pretty excited” about the fundraiser.

“But I’m sort of nervous a little bit to get it cut off, it’ll just be really weird. So many people through sports know me through having long hair. Some might not [recognise me] from the back but I guess they’ll get used to it.”