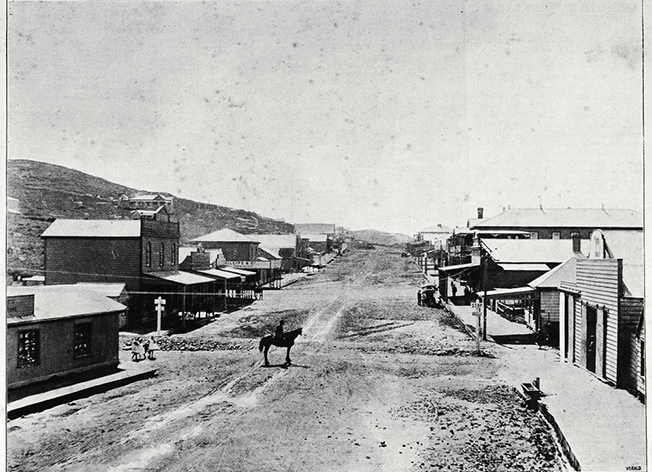 1900
As a bubonic plague scare gripped New Zealand, rats at Thames roamed unharmed due to official inaction. There was scepticism that the plague would ever reach Thames in spite of the crew of the Auckland to Thames steamer Wakatere seeing several rats run across the ropes from the ship to the wharf. If the rats brought the plague to Thames, the Harbour Board was deemed responsible. A joint meeting of the Harbour Board and the Borough Council decided to offer 2d per head for rats caught in the borough.
At Paeroa Police court there were a number of cases against residents for failing to employ the services of the night soil contractor. One resident was charged with depositing offensive matter into a creek. Paeroa drainage was also something fearsome. A walk around town revealed reeking drains down Station, Puke and Junction roads and similar death traps all along the main street.
A large number of people gathered at Hikutaia to witness the hoisting of the school flag. A patriotic address dealing with the origin and meaning of the Union Jack was given, after which the flag was hoisted. As it unfurled in the breeze the National Anthem was sung. After more speeches and singing the flag was saluted in true soldierly style by the children. The crowd then adjourned to the school to enjoy an abundance of refreshments. The Puriri band played a number of selections and a dance in the evening brought a successful ceremony to a close.
Tapu residents were very pleased at the promptitude of the County Council in responding to their requests that steps be taken to prevent the constant eating away at the eastern bank of the Tapu Creek by high tides and North West gales. It had been painful to watch the incessant erosion of a once pretty little flat. Within the previous 30 years, nearly an acre of ground had gone and if no preventative steps were taken, in 30 more years there would be no flat at all. The previous Arbour Day the community had planted some 200 macrocarpa trees on the creek bank and had them neatly fenced, hoping that in time their strong roots they would consolidate the ground and resist the wash of the high tides. But so strong was the next North West gale it cut into the bank about six feet and many of the little trees were undermined. It was considered sad indeed to see the most charming little summer outing place on the Thames peninsula gone to sea.
Waihī was assuming a much more important appearance. Four new blocks of buildings had gone up and were locally known as Campbell’s, Tuthill’s, Tanner’s, and Slevin’s.  The road was now much more level but there was a blot on the town in the form of a long ugly lump, which had been left by the grading of Main Street. There was also a hill at the end of the main street, opposite Filling’s Hotel, which spoiled the town and reduced the value of property.