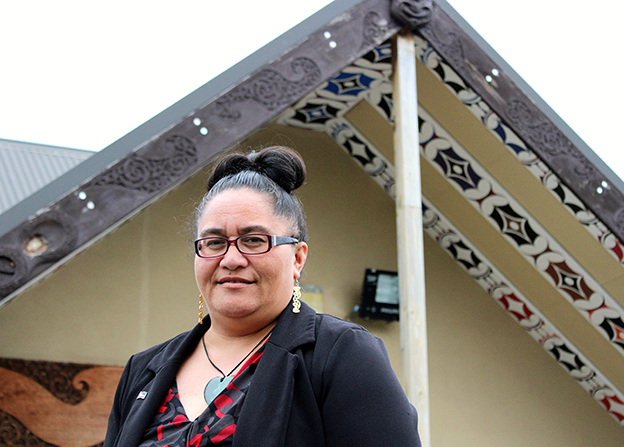 Te Korowai’s new chief executive aims to expand on the work already done by the health provider in ensuring the Hauraki rohe stays well.
Tammy Dehar (Ngāti Tamaterā, Ngāti Maru) has taken on the role of manukura hauora (chief executive) of Te Korowai Hauora o Hauraki.
The Rotorua-born mother-of-seven said her contribution to the organisation will come from a strategic point of view.
“This is hugely exciting, but I’m not going to kid myself thinking that it isn’t going to be a challenge as well,” she told The Profile.
“A significant part of my career has been watching, observing, and relaying what I have seen through experience…. but what I need to ensure I have a clear understanding of, is what rurality looks like for Hauraki; to ensure I have an understanding of what the whanau are identifying as their needs.”
Tammy comes to the role with more than 20 years experience in the Hauora Māori domain, most recently as leader, strategic projects with the National Hauora Coalition.
Te Korowai chairperson Harry Mikaere said there had been wide interest in the role, which became available when previous chief executive Riana Manuel moved to lead the newly formed Māori Health Authority.
Tammy said her own values aligned with Te Korowai, and her goals would enhance the commitment the organisation had already made to the district, through its kaimahi (staff).
“It’s always great when you walk in the steps of those that have done such great mahi, like Riana and the likes of [interim CE] Taima [Campbell].
“They have done some great work in the organisation, and I guess my inclusion into the mix is from a different perspective.
“My longer term goal is to build Hauraki as its own system… to provide services that ensure that whānau are at the centre of our focus.”
On June 20, Te Korowai, alongside the Waikato District Health Board, officially opened Pito Hauora, a breast and cervical screening for wāhine (women), and a dental service for tamariki.
Tammy said that rather than being the ambulance at the bottom of the cliff, Pito Hauora was a much-needed preventative option for residents.
“We should be looking at how we can encourage whānau to prevent their conditions from worsening.
“We should be able to empower them to support whānau to understand what their options are… Options are key because it ensures that there isn’t an assumption of ‘one size fits all’.”

One LOTR exhibition to rule them all