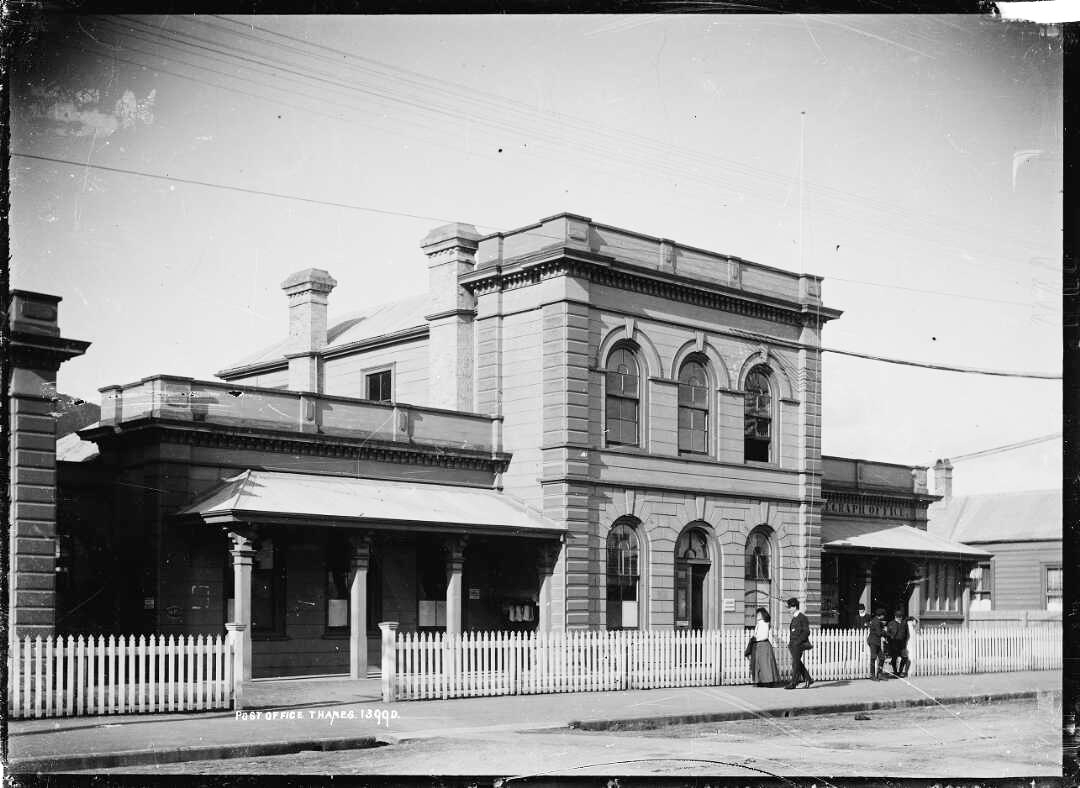 John Quinn sold his coat for six shillings and a bottle and a half of rum.
He had just finished breakfast but drank the half bottle before he left Hikutaia for his job on the new telegraph line.It was June, 1872, and 24-year-old John had been on a drinking spree for some days. He was last seen heading for work in the direction of the Hikutaia River, carrying the full bottle of rum.
The main telegraph line – declared “the new wonder of technology” – was being constructed between Tauranga, Thames and Whangamatā.
Men worked in moveable camps following the line as it progressed, clearing trees from thickly wooded ranges and putting up posts. Māori assisted in erecting boundary posts, which had not always been the case – there had been land disputes between themselves and the government for several years.
The camps consisted of tents, blankets, camp ovens, frying pans and food stores. As well there were saws, picks, wedges, mauls, Timber Dogs (clamps), axes, files and pulleys – all moved by horses and a waterman’s boat.
The line was erected in a remarkably short space of time and inhabitants of Thames and Auckland could get answers to their messages in less than thirty hours from the time of sending. But the arduous work took a toll on men like John Quinn, who found relief in drink.
John was discovered lying on the side of the road near a bunch of flax about a half mile from the Hikutaia creek. A bottle half full of rum was by his side. At the inquest, held at Thames’ Wharf Hotel, the jury viewed the body which had been brought down from Hikutaia in charge of Constable Madill. James Campbell, miner of Hikutaia, gave evidence that he had known John Quinn for about two weeks. He had last seen him about 11 o’clock on the day he left for work, when he took him across the creek.
John was not at all sober. He had a bottle of rum with him.
Dr Alexander Fox said John had the appearance of a person who had died from a “species of apoplexy common in alcoholic poisoning” and the jury gave a verdict accordingly.
Binge drinking was common among early settlers, many of whom were single men living in rudimentary dwellings in isolated areas. They found warmth, company and news in pubs, and often when they came to town they would go on an alcohol sodden “spree”, which could last for days. In the early colonial days they also drank spirits, not beer, which had to be imported and was cumbersome to transport.
The miserable fate of John Quinn was compounded when, after the inquest, his body was left lying on the sand covered with a tarpaulin close to the Pacific Hotel.
“We think some more suitable place might have been found for the reception of the body until it is buried,” admonished a local newspaper.
The next day John Quinn was buried at Shortland cemetery.