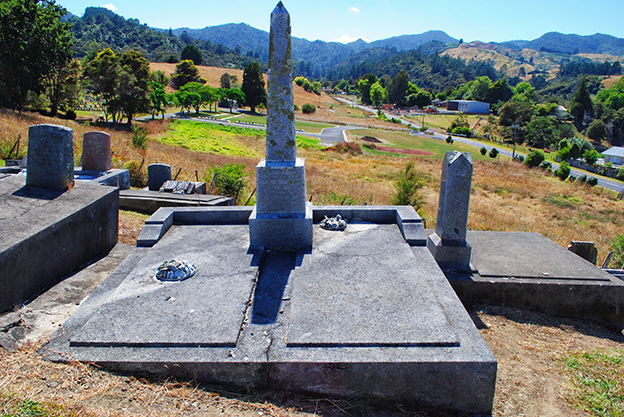 Elizabeth Wilson and her 24-year-old daughter Maggie found the city of Auckland in 1923 quite a change from their hometown of Paeroa but were successfully negotiating their way to where their husband and father, George, lay seriously ill in a private hospital in Grafton Rd.
As the outward bound Dominion Rd tram car left the Grafton Bridge stop, they both went to the front platform and, with the tram travelling at a fair pace, inexplicably stepped off it. Motorman John Parks saw Mrs Wilson fall first and as he applied the brakes, saw someone else come off the tram. Mrs Wilson was not hurt but Maggie had severe head and back injuries. She was rushed to Auckland hospital where she remained unconsciousness, dying the next day at 2.30pm.
In a terrible coincidence, 60-year-old George had died the night before. Elizabeth Wilson had lost both husband and daughter within hours of each other. At the inquest Mrs Wilson said she thought the tram had stopped. When Frederick Butler, conductor on the tram, asked why she had not rung the bell, she said she had overlooked it.
The coroner found that Maggie’s death was caused by a skull fracture, due to getting off a tram when it was in motion. There was no blame attachable to the motorman or the conductor. The bereavement blighted a family life that started with so much promise.
George and Elizabeth had married in 1888 in the first marriage ceremony to take place in the new Presbyterian Church at Clevedon.
Reverend Norrie presented the pair with a family bible, advising them to follow its teachings. As the bridal party drove away, their friends threw showers of rice after them.
The Wilsons lived at Paparimu, Hunua, for a time and had three children. In 1912, the family took up residence at a property in Paeroa, which they had purchased some time previously. George also purchased Gibbons’ farm of 1100 acres at Netherton, which was named the Wirihana Estate.
George was considered “one of the right kinds of settlers” for the area who took a keen interest in local affairs. He founded the Paeroa Engineering Company, was a very active member of the Hauraki Agricultural Association and a staunch supporter of the Paeroa Presbyterian Church.
By 1919, son Reginald had married in Scotland, and daughter Elizabeth, her husband and small son were living at Wirihana with George, Elizabeth and Maggie. In October of that year, George put the Wirihana Estate up for sale.
The 600 acre property, advertised as being in “the rich Hauraki Plains – a land of wealth”, had been surveyed into 11 farms of 50 to 57 acres. The double funeral for Maggie and George was held at Paeroa’s Pukerimu cemetery and was one of the largest ever seen in the district. “Only those who knew him can understand our loss,” said a memoriam notice of George placed in newspapers a year later by family. Maggie was remembered as: “So dear, so sweet, so kind, so true, and was always good to you. Just too good to live, but not too good to die.”
Wilson Rd, Netherton, is named after the family.

‘So much love’ after eruption