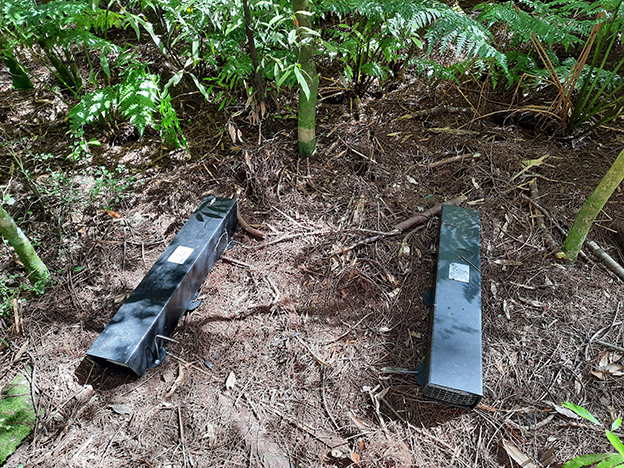 A newly-formed group dedicated to seeing a predator-free Kauaeranga Valley is gaining momentum, Landcare Trust’s Ric Balfour said.
Back in May, a meeting in Thames about backyard trapping attracted Kauaeranga Valley residents who requested a similar discussion be held for their area.
A group has since been established with goals to protect “precious” native birds and mitigate pest species.
“It’s potentially going to be a predator-free Kauaeranga Valley,” Mr Balfour explained.
“On public land, there’s a real issue with goats and possums. There are also mustelids and rats – your typical mix.”
There were also rabbits, and they brought in ferrets and stoats, he said, so the group talked about rabbit controls as an “indirect way of reducing the likelihood of a ferret problem”.
“We also talked about what was precious in the valley that they wanted to protect, and it was the suite of native birds that are still there: like the New Zealand falcon/kārearea, and small groups of kaka.”
Of the goals of the group, Mr Balfour said one was creating a “trap library” up at the Kauaeranga Hall, where people can collect traps, bait, and instructions to set up and monitor.
Another was utilising tracking tunnels, specifically designed for tracking small mammals such as mice, rats and stoats.
The predators are encouraged into the tunnels by a lure and walk across sticky ink, leaving behind high definition footprints.
Mr Balfour told The Profile it was great to see people “catching the bug” when it came to Predator-Free 2050 – an ambitious goal to rid New Zealand of the most damaging introduced predators that threatened the nation’s natural taonga.
The group’s next meeting on December 8 will be focused on developing a predator control vision, strategy, and action plan, he said.
“There is some great momentum building for a community trapping group to get started, with the Department of Conservation and NZ Landcare Trust facilitating the process with advice and resources.”
DETAILS: The next community trapping meeting is at Kauaeranga Hall, December 8, 5:30pm.

Tree Shapes cuts above the rest