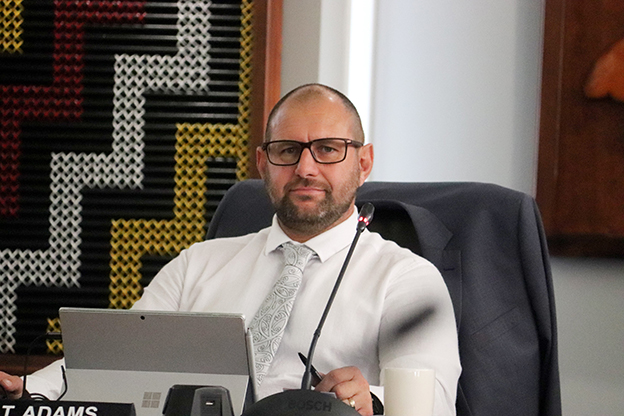 Hauraki’s Mayor has said it would be “absolutely wrong” of council to make a decision to opt in or out of the government’s Three Waters proposal without consulting with the community first.
All of the “facts and figures” still had to be obtained, he said.
Mayor Toby Adams told staff and councillors at a September 29 meeting that “far too much money and time” had already been spent on defending the government’s process – which involved the council providing feedback about the reform before October 1.
The government’s proposal is to take over the country’s drinking water, wastewater and stormwater assets currently owned and operated by 67 councils nationwide. The reform proposed to establish four new publicly-owned, multi-regional entities, which would take over from July 1, 2024.
Mayor Adams said there had been “a lot of push-back” from the community about why council had not yet made a decision on the proposal, but said “just opting out and making a stand” would be “wrong” of them.
In a feedback letter authored by Mayor Adams and approved by councillors last week, he voiced his concerns that larger communities’ growth aspirations and community expectations could be given higher priority than smaller councils’, such as Hauraki.
He also questioned any flow-on effects of the reform.
“We have concerns about what will happen to the local workforce and supply chain in the Hauraki district. We do not want local suppliers to be overlooked for larger suppliers. We also have concerns regarding the economic effects of reform on other businesses in our towns if the workforce is subsequently located out of the district,” the letter said.
“As you know, Wellington businesses felt the effects of central government employees working from home due to the various Covid-19 alert level restrictions. It would be the same for our local businesses if a large portion of the workforce is no longer physically working in our district on a regular basis.”
He also noted that under the proposed Three Waters governance model, local councils would have a “significantly reduced – or no – level of direct control on the water service entities”.
He was concerned the proposed model would result in smaller councils’ voices being lost, which was “unacceptable”.
Concluding the letter, Mayor Adams said the feedback was “in no way an indication of [council’s] intention to either opt in or opt out of the proposed Three Waters Reform”.
“We believe it is necessary that the government does more work on providing public-friendly, accurate, and relevant information so all councils can undertake honest and effective engagement with their communities,” he said.
“We have made a commitment to have open-minded, two-way communication with our communities and we believe the government should do the same.” By KELLEY TANTAU