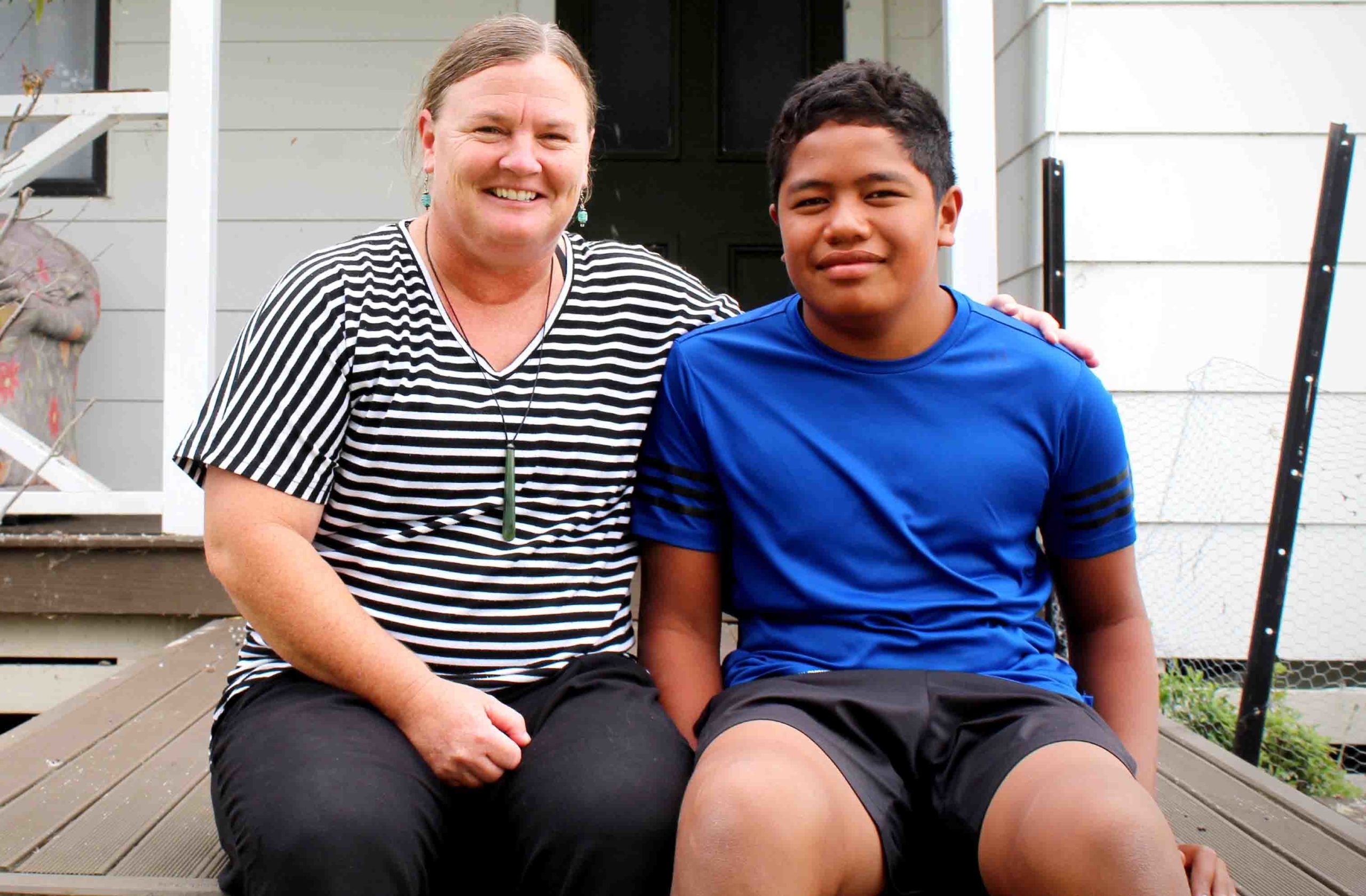 When thieves broke into a Turua home in broad daylight over the long weekend, they left carting stolen suitcases full of valuable items – technology, jewellery, and perfumes.
But the most precious item hidden somewhere within their haul was a small red hard drive, and its owner wants it back.
“If they knew what was on there, I’m sure they wouldn’t have taken it, and if they had known our story, I’m sure they wouldn’t have taken it.”
Raelene Miller always planned to foster children, and one day, she was asked if she could look after a little four-year-old boy for five days.
“I couldn’t think of a reason to say no,” she said.
“So, this gorgeous little bundle came out of the back of the car with a tear-stained face, and the social worker brought him inside and popped him on my lap.
“He turned around and completely engulfed me, and sobbed for the best part of an hour. It was meant to be five days, but my heart melted the moment I saw him.”
The boy, Stephen, officially became part of the Miller whanau two years later, when he was six.
Now aged 12, all the photos and memories the pair had collected over the years were taken in the daylight burglary.
The burglary at the family’s Turua home occurred sometime between 8.45am and 12.30pm on Monday, February 1.
“There were roadworks right along here, and cars were stacked right up, and so we were stunned they did what they did in full view of the road like that,” Raelene said.
The thieves tried to open a window with a chisel or crowbar, but when that didn’t work, they smashed their way inside. They got away with jewellery, perfume, clothing, passports, GHDs, tools, a tackle box, old technology – and even meat from the freezer.
“I went to find the hard drive a few days later, because I had started putting together a life story book for Stephen, and I needed to get the photos to make sure it was all in chronological order.
“As soon as I thought about it, I remembered it was sitting on my dressing table, and then I realised it wasn’t sitting there anymore.
“I was really upset,” Raelene said.
“I think I’ve had a good attitude about everything else, but that hurts. That’s not just taking from me, that’s taking six years of photos and memories from Stephen, and I feel particularly aggrieved by that.
“We’re talking about six years of life that we now only have a school photo for.”
Raelene has offered a reward for the return of the red external hard drive, and asked for those who took it, or those who knew of its whereabouts to get in touch or return it.
“We like to help. If they need [the items], I’m quite happy for them to have it, but they don’t need that hard drive, it’s of no relevance to them.
“I just desperately want those memories back.”

PHOTO: Raelene and Stephen Miller are devastated after a hard drive full of six years of memories was stolen from their Turua home. Photo/KELLEY TANTAU