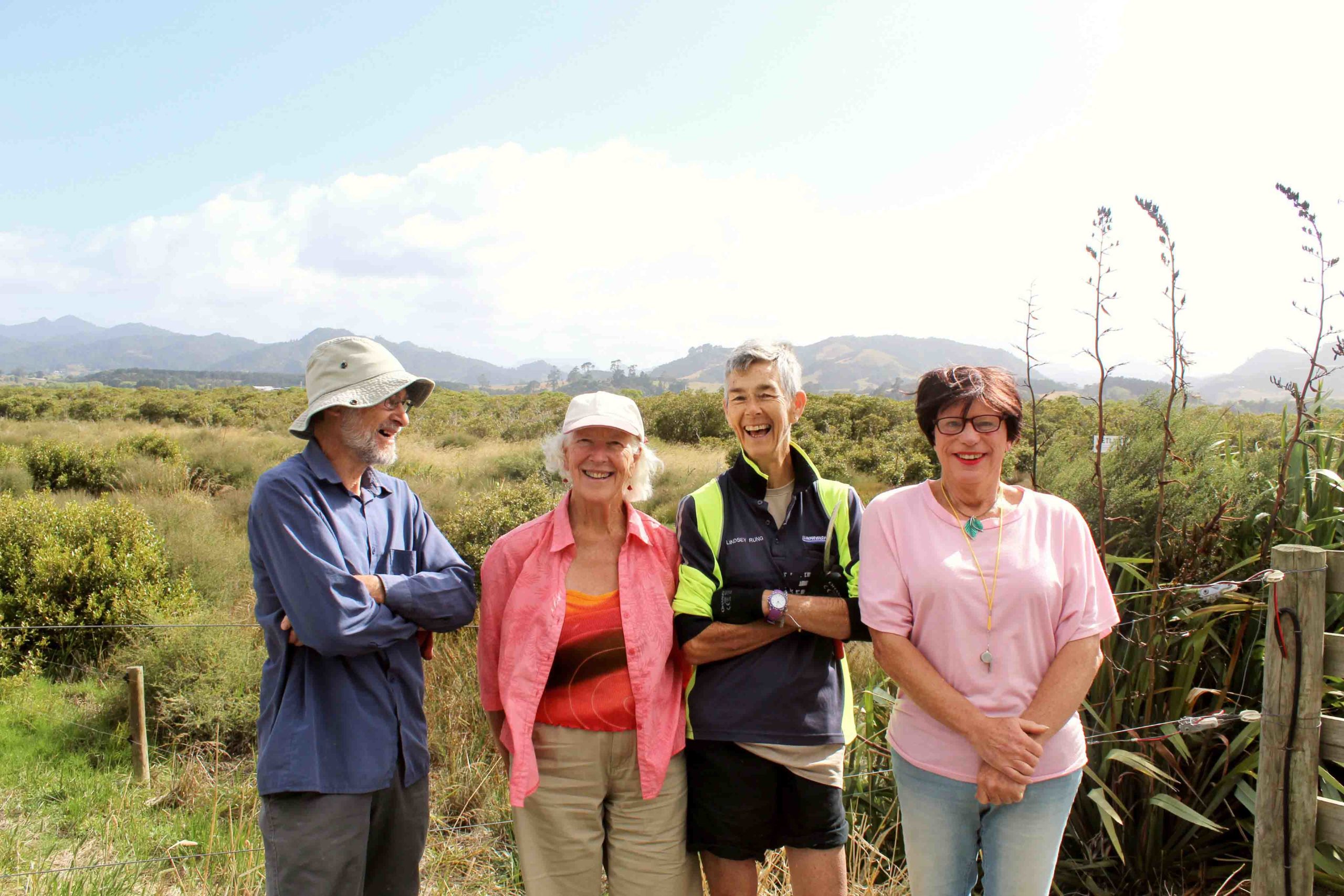 Every Wednesday morning, a dedicated group don gumboots and wade through the wetlands to the north and south of Kōpū Bridge, collecting litter, removing weeds, and planting natives.
They do it to ensure the longevity of the site, and to one day see the return of species that used to thrive there.
The Kōpū Bridge Wetlands Care Group are inviting members of the public down to the site on February 10 to introduce them to the wetland and show off its restoration following World Wetlands Day on February 3.
“We’re replanting suitable native wetland plants that used to be here to attract the wide range of animal life that used to be here,” volunteer Carol Fielding told The Profile.
“There’s a whole world of invertebrates, such as bees and moths, and when they can be increased by the plants you give them to breed in, you then increase the bird life – mating birds, perching birds, and banded rails.”
The Fernbird was a species that used to live there that did not any longer, she said, but two things that were surviving were earthworms and crabs “in the same muddy soil”.
Work has been ongoing at the site since at least 2004. Construction of the new Kōpū Bridge began in 2009 and was completed in 2011.
At the time, the NZ Transport Agency planted “beautiful planting for a kilometre each side” – but much of it has since disappeared due to the use of weed spray, Carol said.
Every week the group takes away litter, too, which flows up the river with the high tide.
“It also blows off people’s trucks and out of cars.”
The area they cover is vast – upstream and downstream of both the new bridge and the historic bridge – but the volunteers said it was a “feel-good” thing to do – as well as good exercise.
“We’re happy to have new helpers,” Carol said.
“Because without the plants, the animals can’t be here and won’t want to be here.”
The wetlands care group is on site every Wednesday morning between 8:30am-10:30am.
On February 10, they’ll be located at the western end of the Kōpū Bridges on the former road to the old bridge, to allow people to find out more about the wetland.
For information, contact Carol on 07 868 9188 or Daryl on 027 6989 526.

‘Construction hell’ drags on in Ngatea