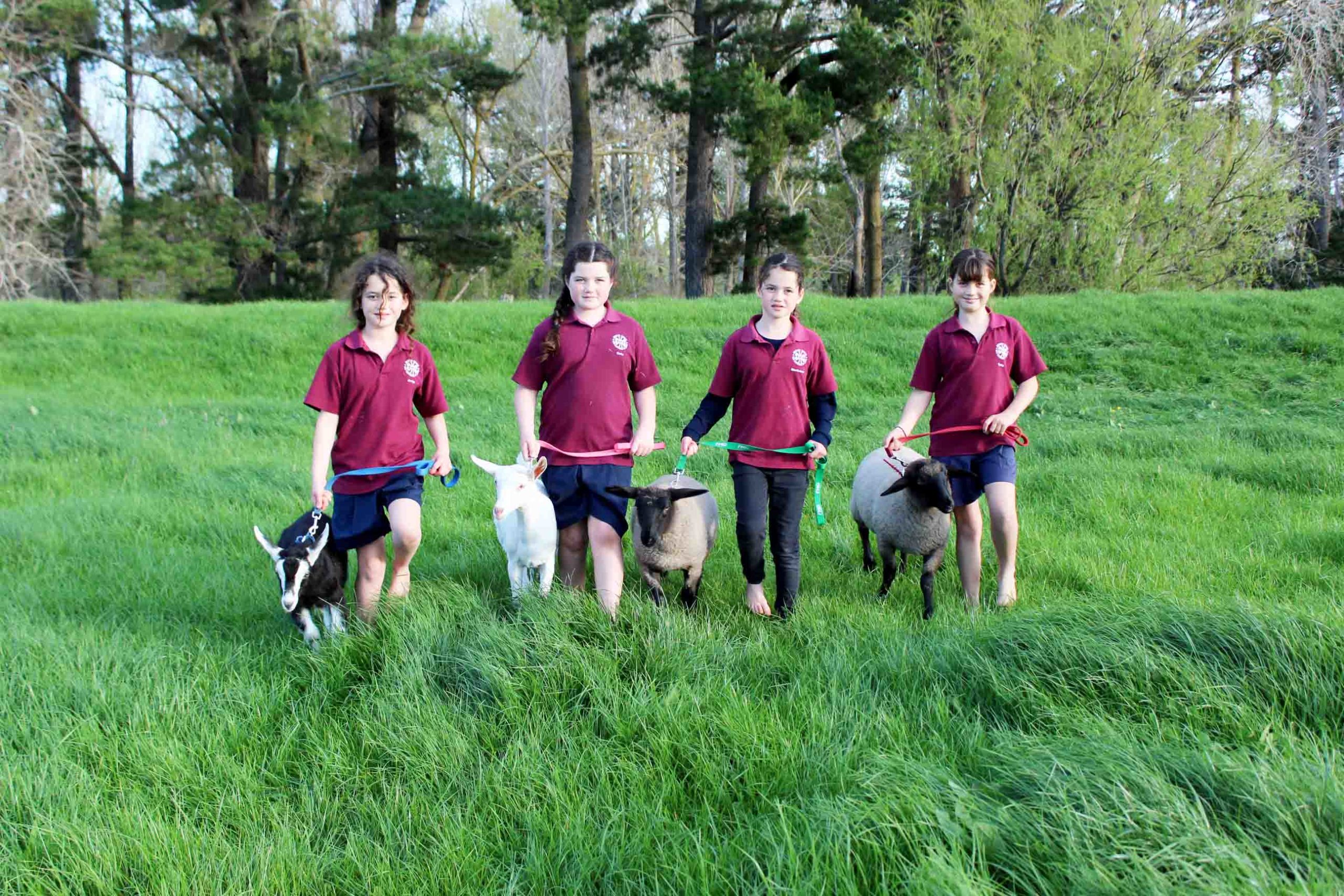 The Walmsley household can get pretty busy at this time of year.

Nine-year-old triplets Jorja, Kenzie and Ruby and big sister Bella, 10, all have animals to care for, including bottle feeding them several times a day.

Each July for the past four or five years, the Hikutaia School students have had lambs and kids to take to calf club, group day and about a dozen A&P Shows around the district, scooping countless ribbons and grand champion trophies each year.

Mum Rose Walmsley, who also organises the Hikutaia School calf club day and Ohinemuri group day, said this year had been challenging. The threat of Covid-19 meant some ag days and A&P shows had been cancelled, however, the girls were able to start their show season with the Matamata show and hoped to compete around the Waikato region during spring and summer, ending with the Royal Easter Show in Auckland.

Show mornings can be “chaotic”, making sure all four animals were clean, she said.

And it was a lot of work leading up to show days, she said.

The girls do all the work themselves, spending many hours each day feeding and preparing their own animals during the months leading up to the shows, using a roster to help manage who’s turn it is for mixing up the milk powder several times each day.

They love showing their animals and work hard to prepare them, teaching them to lead and come to them when they call to make sure they know what to do when they reach the show ring.

Primary school agricultural days and group days have a double virus threat this year. For the past two years, many schools have not been able to accept calves at their agriculture days because of the Mycoplasma bovis cattle disease currently being eradicated in New Zealand.

Additionally, there were fears calf clubs and group days would be cancelled this year because of Covid-19 restrictions, though most agriculture days throughout the Thames Valley are going ahead now the country is in level 1, with the exception of Auckland at Level 2.

Unfortunately, the Hauraki Plains Rural Show will not go ahead this year for the second year in a row after being cancelled last year because of Mycoplasma bovis.

President Julie Pirie said the decision was made to cancel the show because of the uncertainty created by Covid-19.

“From a farmer’s point of view, we understand the necessity of getting the virus under control is important but just the impact it has on the communities is frustrating.

“There’s a fair bit of volunteer work and community organisation involved so hopefully with a 2-year absence people will put their hand up to help and get it going again next year.”

The Hauraki Plains group day will be held at Ngatea Domain on October 29 and the Ohinemuri group day held at Hikutaia School on October 16, both events are open to the public.

PHOTO: Practicing leading their animals are, from left: Jorja and Rebel, Bella and Alice, Kenzie with Smee and Ruby with Shadow.